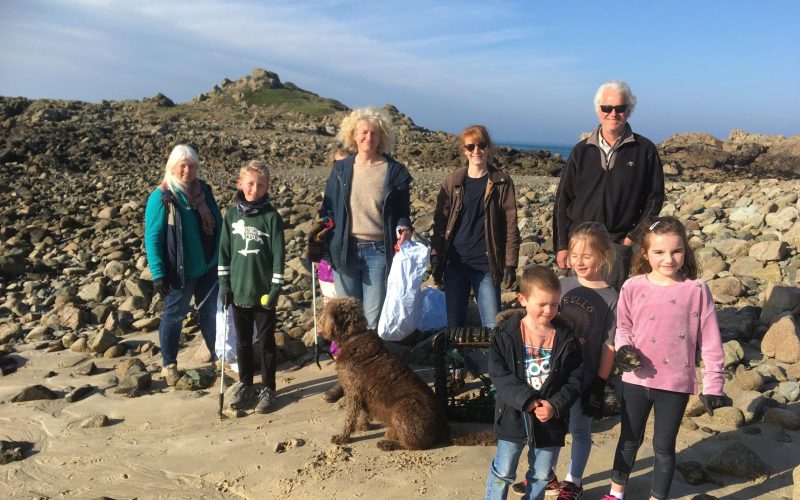 We were honoured to be invited to Alderney this month, to help the local Plastic Free Communities team build on the brilliant work they have started on the island.

Situated three miles off the coast of France and one of the more isolated of the Channel Islands, it was interesting to see the challenges facing the community as it goes about reducing its impact.  We were pleased to be able to offer support but also learn – as in a community of two thousand people on a chunk of land just three miles by one, every challenge and success is acutely felt and played out.

Alderney Wildlife Trust is doing a fantastic job of pulling together businesses and raising awareness of the plastic pollution problem on its shores.  Helping out on one of the Trust’s regular beach cleans it was heartening to see a dedicated team of volunteers and that not every cove and cranny was suffering from marine litter. But the plastic pollution problem was borne out in a host of other ways.

The issue of packaging from suppliers and the cost of getting deliveries onto the island meant some of the swaps we find easier on the mainland are trickier and slower to take force. The logistics of waste management on an island meant a stark picture of the challenges all communities in the UK face; we are creating too much rubbish to deal with. Things like recycling and composting needed to be improved and existing facilities were worrying, with the island’s recycling centre and tip both yards from the sea (on the quay and on a cliff top respectively) 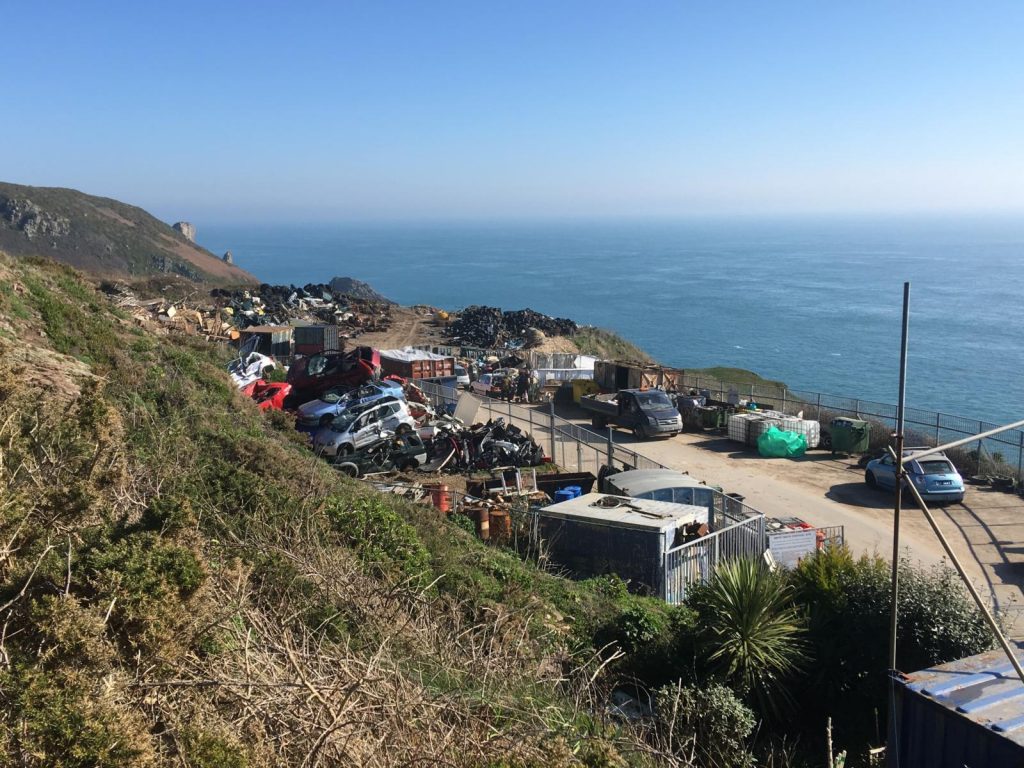 Then there was the heart-breaking sight of the Gannet colonies situated just off the island, which are home to over 18,000 of the birds and where nests were being made from plastic  Mainly fishing net, but also plastic bags. Ironically the longevity of these nests could be one reason for a growing gannet population … but it is also responsible for deaths and not something that’s pleasant to see. Human’s carelessness, forcing nature to adapt. 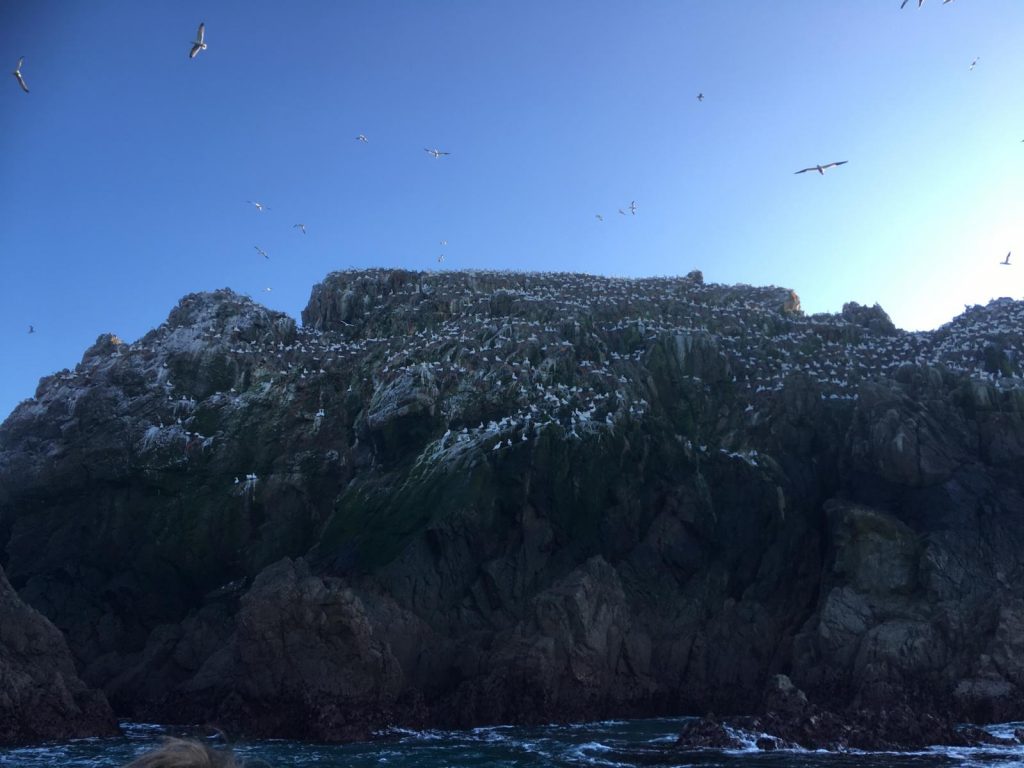 Depressed? Well don’t be, because this island is determined to change things.  In a move to push existing initiatives further we were invited to hold business and community workshops to support work to raise awareness and foster more involvement from decision makers. We talked about bulk buying to tackle supplier and cost issues, a new waste management group, new recycling centres and awareness, a community composter and work to help the island become truly single-use plastic free. A bastian of refill and reuse!

Because with all of these challenges comes a unique opportunity. To carve out a new way of working, living and communicating which could be an example to the rest of the UK, even the world! Watch this small community closely.  They are on course to be a pretty awesome example of how we all have power to act and turn around the negative impact we are having on our world.